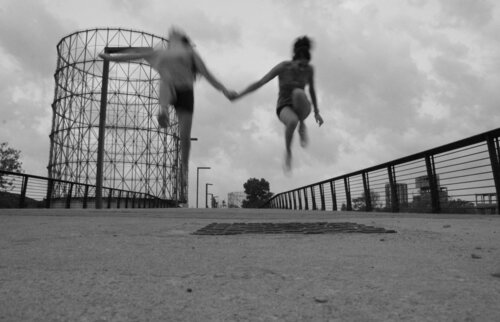 Total Eclipse is a journey of cinematic inspiration through the feelings aroused by the sense of abandonment. The protagonists are two women, human beings and yet heroines, who find themselves immersed in the ancestral darkness of the fractures of contemporary relationships.

The concept of rupture is frequent, emotional, sentimental, personal as much as universal. On a human being it performs a kind of fracture, a tear, out of which a new skin, a new vision is generated. The cycle is reiterated and one starts again. A temporary emptying, the crowning of an epilogue, a clear stress on the brutal detachment. We come after generations that were ready to leave everything behind: homes, loved ones, origins, seeds, roots; we are learning the ropes.We are searching for the exaltation of an ending. We are at that thin line between an imaginary vision and harsh reality. We are ready.

Marion Alzieu, performer and choreographer. Dance is in Marion’s heart since her childhood; she explores movement, inhabits her body with her originality and has fashioned her own vocabulary with all her grace and feminity, between gentleness, willpower and animality. In 2014 she created her company, Compagnie Ma’ and a solo Ceci n’est pas une femme blanche/This is not a white woman, which won several awards in international competitions.

Chiara Taviani is a performer, dancer and choreographer. She began her first classical dance studies in Munich and later in the Spid Academy training course in Milano. Later she follows the professional course for contemporary interpreters Coline in Istres, where she collaborates with several choreographers, including: Emmanuel Gat, Edmond Russo, Shlomi Tuizer, Mathilde Monnier. In 2010 she starts collaborating with Michela Lucenti's Balletto Civile. In 2011 she founded the C&C company with Carlo Massari, which received numerous awards and recognitions. In 2016 she created the solo Peurbleue and with C&C the 3tracks4 format in collaboration with the artists Marion Alzieu (Fr) and Ayala Frenkel (Il). 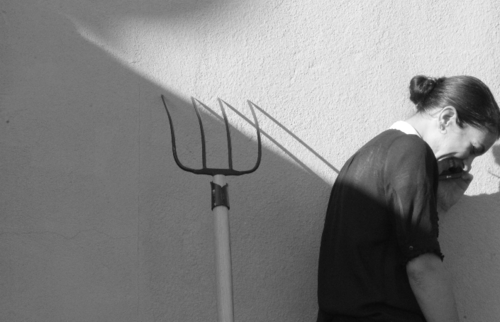