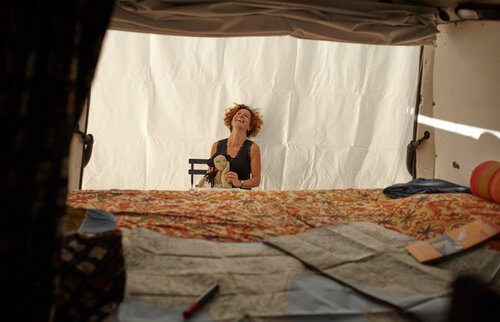 The show gathers thirteen stories collected by the artist herself during a journey, which started at the North-East of Italy to continue to the hinterland of southern Italy, then crossing the border of Adriatic Sea to reach the Dalmatian coast, passing through Bosnia to return to Croatia and ended up at point of departure. Through video projections, musical intervention, puppetry, all setup inside a van, these thirteen stories speak of borders, an administrative limit, but also as a container of emotional universes.