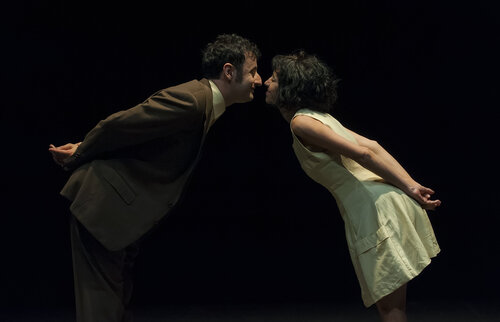 In the show the story of "an ordinary couple of dictators", the Ceausescus spouses, is told in the first person by the same characters. Nicolae Ceausescu and Elena Petrescu, capricious and bloodthirsty despots, for over twenty years have sown fear in the Romanian people, only to end up summarily executed in front of the cameras, under the eyes of the world, on December 25th 1989.

With the support of Armunia, Spazio ZUT !, Teatro di Roma, Asti teatro
In the context of Fabulamundi. Playwriting Europe - Beyond Borders?

Elvira Frosini and Daniele Timpano are among the most appreciated contemporary Italian playwrights, actors and directors. They have always worked on the present and on the relationship with history, through a work that brings the anthropological drifts of society to the stage. 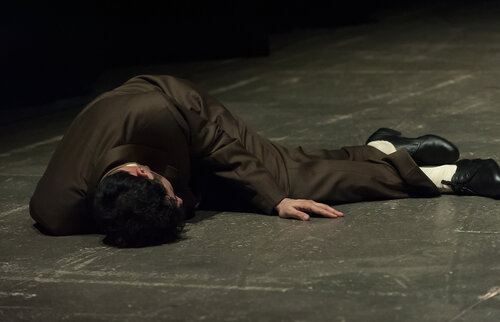 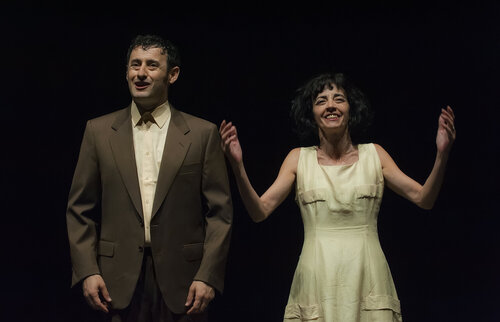